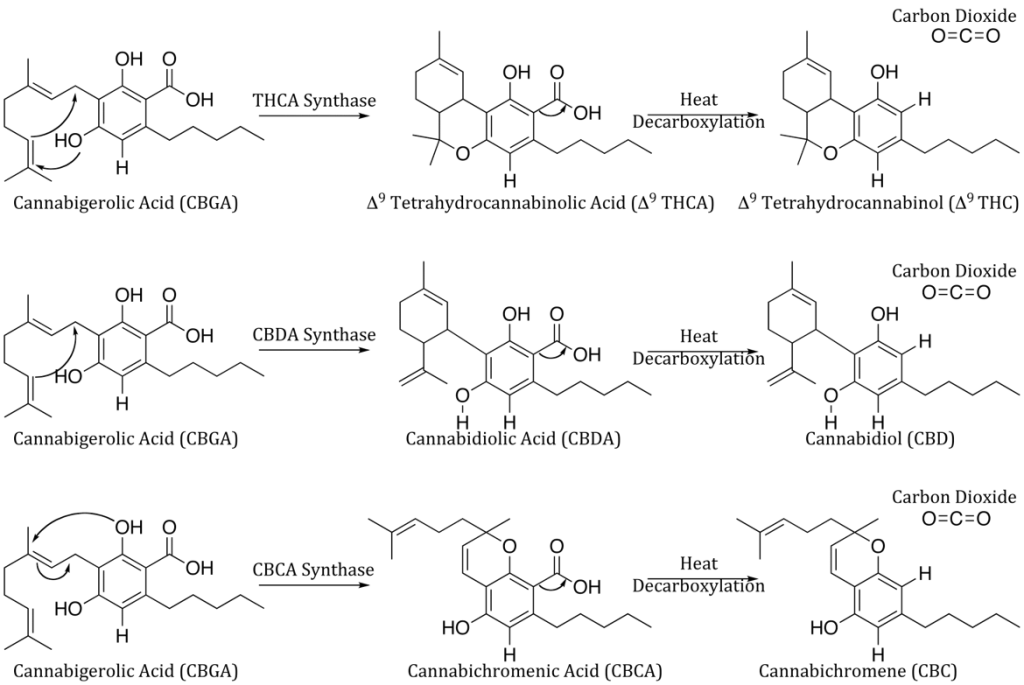 Cannabinoids are a class of diverse chemical compounds that act on cannabinoid receptors on cells that repress neurotransmitter release in the brain.

These receptor proteins include the endocannabinoids (naturally produced in the body by humans and animals), the phytocannabinoids (found in cannabis and some other plants), and synthetic cannabinoids ( manufactured chemically).

So Far at least 113 different cannabinoids have been isolated from cannabis, exhibiting varied effects.

There are no known severe long-term side effects to the use of CBD or products that contain CBD.

There are extremely small amounts of tetrahydrocannabinol (CD) making it impossible to get high from hemp.

Each strain of cannabis contains varying quantities of the different cannabinoids, which is why some strains work better for patients than others. Strains that contain more CBD than THC are known as CBD Rich Strains, and have quite different effects from THC Rich Strains.